Hotfoot Stompers in the News 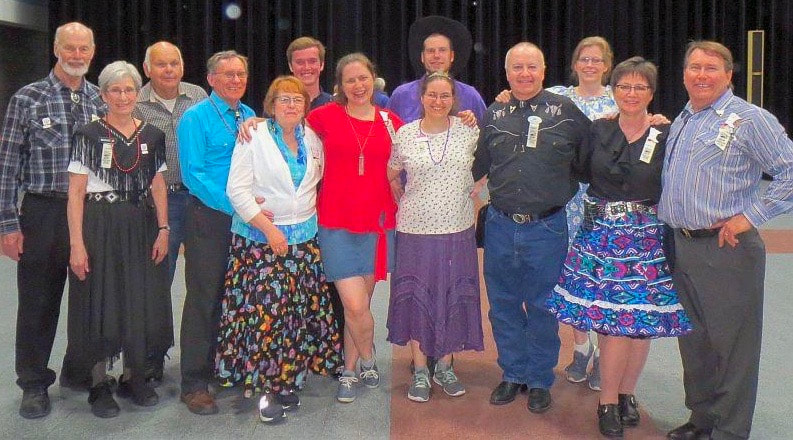 We are a large and active square dance club in the Twin Cities (Minneapolis-St. Paul, Minnesota).  We hold monthly dances on the second Saturday of each month from September through May, provide lessons for new dancers, and participate in social activities.

Our Social Committee plans outings such as bike trips, golf outings, boat rides, trips to various theaters, and a trip to the North Shore.

We also have demonstrations during the summer such as at Blaine's Festival. Our demonstration schedule changes each year but we all enjoy the demos and try to recruit new dancers to Square Dancing.  All these activities are sponsored by the Hotfoot Stompers Square Dance Club and are open to all of our members as well as to members of other clubs.

When you join a square dance club, you immediately gain friends who share a common interest. There is no easier way to have fun, get exercise, and meet great people.

If you are thinking about square dancing, please come to one of our demos or dances to watch.  Then join us in September at the Northdale Middle School, 11301 Dogwood St., Coon Rapids, Minnesota.  The first two lessons (September 23rd  & 30th) are free. 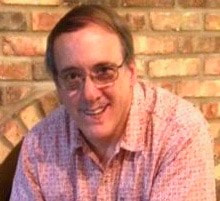 Hotfoot Stompers Business Meeting
Monday, June 10, 2019
President:        At 7:02PM, Jerry Elfert called the meeting to order at the Anoka County Library, Crooked Lake branch. We recited the Pledge of Allegiance.
Secretary:       Terri Axelson conducted roll call: Presidents Betty Lou and Jerry Elfert were present; Vice President Jerry Steinworth was present; Treasurer Marv Greeninger was present; Secretary Terri Axelson was present.
Members had no questions or comments related to the published minutes from the February 12, 2019, Hotfoot Stompers business meeting. A motion to accept the minutes of the meeting was made, seconded, and carried.
Treasurer:       Marv Greeninger provided a brief update on 2019 club finances; see attached document. On June 7, 2019, the club’s total balance was $5,918.52. School rental for January through June is expected to be approximately $850; the bill has not yet been received. The benevolent fund, which is used to help members attend club-related activities, has a balance of $300; no checks were written from the benevolent fund. The benevolent fund was originally established several years ago by Hotfoot member Buck Haugen.
President:        Betty Lou and Jerry Elfert, out-going presidents, commented that it was a good year, and they thanked club members for all their help during the year. Betty Lou mentioned the club’s 40th anniversary, and asked if members want to have an event to celebrate; see item #3 in New Business for more details.
Marketing:      Les Marier, a member of the club’s marketing committee, reported that the committee has found a portable sound system that could be used when no caller is available. The price is under $400. A question was asked about whether a license is required to publicly use purchased music.
Action item:    Les Marier will research license requirements, report to the Executive Committee, and get approval before proceeding with the equipment purchase.
A motion was made to authorize the purchase -- not to exceed $500 -- for a sound system for club demo and promotional use; the marketing committee will maintain and store the equipment. The motion was seconded and carried.
Old Business
President Jerry Elfert brought up the status of the club’s EIN number. The issue regarding the EIN is not resolved. Jerry will bring the topic up for further discussion at the Federation meeting during the convention next weekend.
New Business
1.       Election of officers. President Jerry Elfert introduced the next agenda item, Election of Officers. Jerry announced a change to current procedures for the treasurer: train several club volunteers to handle ticket sales at dances – two volunteers per dance. The treasurer would process the receipts at the end of the dance. This new method of staffing the ticket table allows the treasurer to enjoy the dance. Documentation of ticket sales procedures needs to be prepared – and paper copies printed -- for use by the volunteers.
a.       Treasurer Marv Greeninger will be stepping down from his role on July 1. There is currently no one who has stepped up to fill the role of treasurer for the 2019-2020 season. Duties of the treasurer include collecting club and Federation dues, managing ticket sales, maintaining the books, taking money to the bank, preparing and paying state and federal taxes, etc.
b.       President Jerry Elfert began the voting process for club officers.
c.       Vice President Jerry Steinworth succeeds to the office of president as described in the club by-laws.
d.       There is currently no volunteer to fill the role of vice president for the 2019-2020 season.
e.       Terri Axelson has offered to again serve as club secretary. Since there were no other nominations from the floor, Terri Axelson will continue to serve as secretary.
f.        As mentioned previously, no one has offered to fill the role of treasurer. Therese Cathers has volunteered to be the vice treasurer.
g.       After June 30th, the allowed signatures on the checking account need to be revised. Remove the following: Lois Johnson (resigned position) and Marv Greeninger (end of term). Add the following: Jerome Steinworth (incoming president).
2.       Summer Dances -- The original purpose of summer dances was to encourage students to remain active in square dancing. The question was asked whether we should have summer dances this summer, although time to plan and market the dance(s) is short. Cathy Gates and John Bittner volunteered to talk with Wayne Tauer to discuss summer dances. They will report their recommendation to the Executive Board.
3.       Hotfoot Stompers’ 40th Anniversary is September, 2019. A committee made up of Connie Winterfeld, Jerry Steinworth, and Les Marier, will meet and discuss whether to plan an event. They will report their recommendation to the Executive Board.
4.       Former Hotfoot queens Connie Winterfeld, Michelle Jensen, and Rose Valentine will be chairing the 2021 Queens’ Luncheon.
5.       There was discussion whether to raise dance ticket prices to $7. A motion to raise dance ticket prices to $7 was made, seconded, and carried.
6.       Gary Kemmetmueller wanted to acknowledge and thank Marv Greeninger for Marv’s work as the club’s treasurer, a role that involves a lot of responsibility. In turn, Marv Greeninger wanted to acknowledge and thank Cathy Gates for the assistance she has provided. Members showed their appreciation to Marv and Cathy by applause.
Meeting adjourned at 7:59pm
Respectfully submitted,
Terri Axelson
Terri Axelson, Secretary

Hotfoot Stompers Business Meeting
February 12, 2019
President:                    At 6:45PM, Jerry Elfert called the meeting to order at the Anoka County Library, Northtown branch.  Jerry displayed the agenda on the whiteboard. We recited the Pledge of Allegiance.
Secretary:                   Terri Axelson conducted roll call: Presidents Betty Lou and Jerry Elfert were present; Treasurer Marv Greeninger was present; Secretary Terri Axelson was present; Vice President Jerry Steinworth and Vice Treasuerer Lois Johnson were not present.
Terri Axelson read the minutes from the January 30, 2018, Hotfoot Stompers business meeting. A motion to accept the minutes of the meeting was made, seconded, and carried.
Treasurer:                   Marv Greeninger provided a brief update on 2018 club finances; see attached documents. On December 31, 2018, the club’s checkbook balance was $6,690.  A motion to accept the treasurer’s report was made, seconded, and carried.
Vice President:           Jerry Steinworth’s VP Report related to expanding club membership was displayed on the whiteboard; see attached document. Discussion followed; members asked to have Jerry talk with club members to provide them with a better understanding of grants, the grant application process, possible impact on the club’s non-profit status, etc.
Marketing:                  Les Marier, a member of the club’s marketing committee, mentioned possible interest in a karaoke machine and speaker(s) to use with pre-recorded songs at demos. Other marketing tools include yard signs and window stickers. Students have indicated they learned about lessons through social media, newspaper ads, the Anoka car show, and demos. To grow membership, there is a need to continue marketing efforts to increase exposure of square dancing.
New BusinessRequested subsidy from the club is $1,100; discussion about the subsidy followed. The decision was made to move forward with the current plan for 2019, including the $1,100 subsidy. If the club prefers to reduce the MBT subsidy in future years, guidelines can be discussed earlier in the planning process.  The motion for a $1,100 subsidy for the 2019 MBT was made, seconded, carried.President Jerry Elfert said Hotfoot officers will update the EIN number on file at the club’s bank.Meeting adjourned at 7:50PM.
Respectfully submitted,

All board members replied; the vote to elect Rosemary Valentine as treasurer and Therese Cathers as vice treasurer was unanimous.
President:        At 2:02PM on July 1, Jerry sent an email to board members announcing:
“Congratulations! It is now official. Rosemary Valentine is now the dully elected treasurer of Hotfoot Stompers Square Dancing Club and Therese Cathers is the duly elected vice- treasurer.”
As a result of the new treasurer and vice treasurer, the allowed signatures on the checking account need to be revised.
Remove the following signatures:Add the following signatures:On July 1, at 2:02PM, Jerry adjourned the electronic executive board meeting.
Respectfully submitted,
Terri Axelson
Terri Axelson, Secretary

History of the Club - A Poem by Dean Libby: 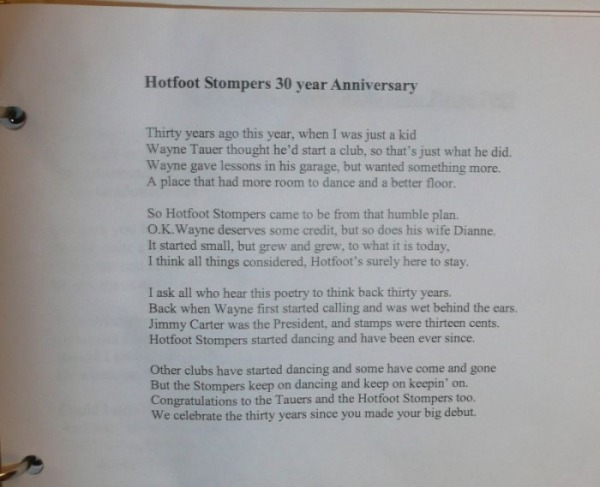